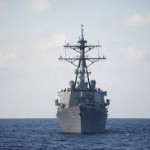 Began playing WSC a while back when I was younger. I didn't really know stuff, so I just went on with strategy-less grinding with my hard-earned low-tier guns. Oh, and not to mention my hideous ship.

It was until about a year ago when I told myself that I should search the Internet for more ideas and a better strategy, and so I did. Discovered the whole universe of BSC and WSC, and the sad (sad indeed) story of how Phyzios mercilessly took down the game that made them a name. I realized I was playing a mere copy, but for a better cause. Anyway, back to the story. I made my way through the BSC Wikia, and discovered my play style was utter mess. And, yes, my ship was hideous.

I also happened to discover Battleship Craft Navies, Fleets and the other roleplaying Wikias, where I began to inch my way through the community. I discovered that though I had improved greatly, I was still inferior to other players because they had hacked, and my ships were considered "powerless" among them.

So I thought to myself, why did I ever download this game with a weird-looking blue icon from the App Store? That's because I wanted to build. PvP was not my thing, all I needed was something to build with. But with my current state, what could I build if I wouldn't grind out enough gold to build what I wanted to build?

And so, I hacked.

Up to now I don't consider my hacked game as a defiance to Mr. Park's awesome creation, nor am I trying to disobey his policy. I am simply playing in another "game mode", one where I could freely build whatever I dreamed of building.

And so, I became a builder. Coupled with rising tensions against my personal fleet on Battleship Craft Fleets, I spat out tons of ships immediately. Battleships, carriers, destroyers, cruisers, and even submarines were built under a short period of time.

As part of my own policy against hacking for a better status in-game, I do not do PvP battles, like, at all. I have never used my hacked ships as a weapon against non-hacked players, and will continue to for as long as I am hacked.

Warship Craft is truly a wonderful game, my all-time favorite. Well, sort of. The only one in my collection that has stood the test of time, seen probably over a hundred other games rise and fall, and continues its legacy to this day. Jeong Saeng Park was never a low-grade knockoff person, rather one who wished to bring back Battleship Craft and let more people experience what it was like.

Warship Craft will continue to be my one of my favorite games, and in fact it is more than just a game...

Retrieved from "https://warshipcraft.fandom.com/wiki/User:Neutralartuen?oldid=11156"
Community content is available under CC-BY-SA unless otherwise noted.